An absorbing, brilliantly paced book; I didn't want it to end.

The Making of Her sucked me in from the very first page, and didn’t let up until I’d turned the last. Heart-warming and heart-breaking, it is an exquisite examination of the secrets that haunt us. I cried several times. A stunning debut.

Bernadette Jiwa writes with compassion and grace about what it means to be a mother, a daughter and a sister.

Oh how I love this novel! Once I started reading I never looked away, except when my eyes filled with tears. The Making of Her renders its characters so perfectly, and with so much compassion, they feel like dear friends after only a few chapters. Bernadette Jiwa has written a beautiful tribute to what our lives can become when shame is forgotten, and love is reclaimed.

Bernadette Jiwa’s moving fiction debut, The Making of Her, explores the impact of secrets, the magnitude of our choices, and the tenuous binds of family. Set in Dublin and shifting between past and present, this deeply evocative novel is a masterful study into what it really means to love, and to forgive. The Making of Her is ultimately a story about the plight and power of women, and is not to be missed.

THE MAKING OF HER is a compelling and tender exploration of the unattainable expectations of women, the shame and guilt inherent in motherhood, and the reverberations of the hardest choices we make. Jiwa gives us a beautifully crafted, thought-provoking novel that ultimately celebrates the strength of women. A true pleasure to read.

THE MAKING OF HER is a page-turning mother-daughter love story, spanning three decades from the 1960s to 1990s, charting one woman’s journey to escape the legacy of the society that shaped her.

‘An absorbing, brilliantly paced book; I didn’t want it to end.’ Roddy Doyle

People were forever telling her how lucky she was. But what did people know?

Dublin 1966. When Joan Quinn, a factory girl from the Cranmore Estate, marries Martin Egan, it looks like her dreams have come true. But all is not as it seems.

Joan lives in the shadow of a secret – the couple’s decision to give up their first daughter for adoption only months before.

For the next three decades, Joan’s marriage and her relationship with her second child Carmel suffer as a consequence.

Then one day in 1996, a letter arrives from their eldest daughter. Emma needs her birth parents’ help; it’s a matter of life and death. And the fragile facade of Joan’s life finally begins to crack. 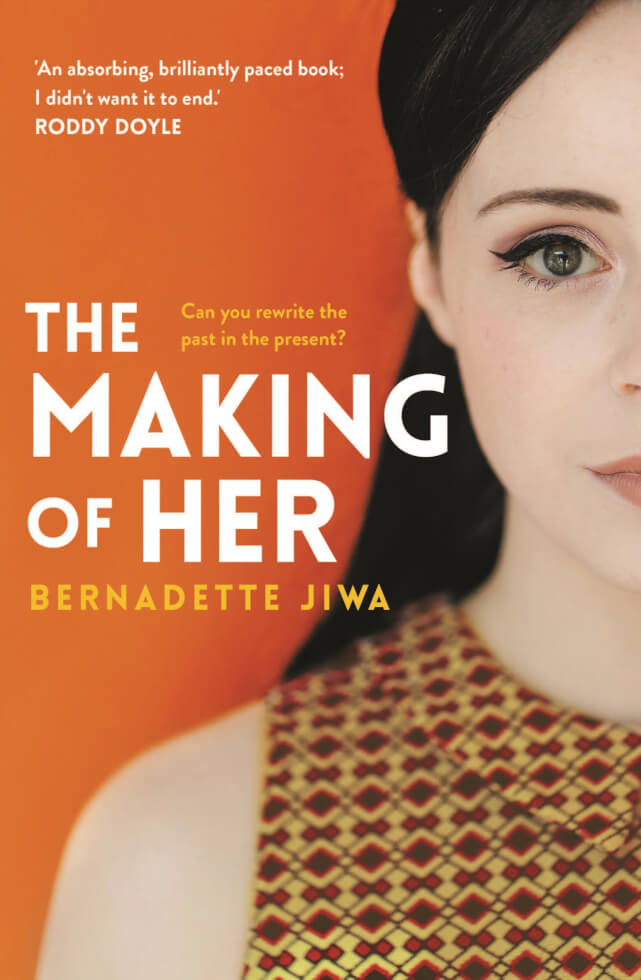